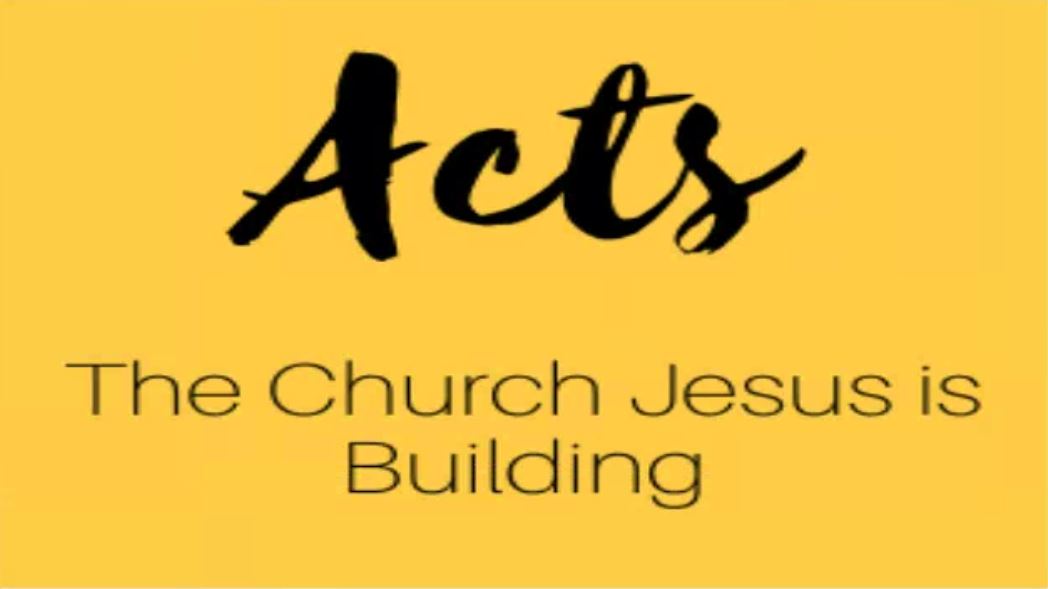 Introduction: At Pentecost, the season of celebrating First Fruits, God has poured out His Spirit upon the Apostles who descended into the crowds gathered to bear witness of all that God is doing.  His Kingdom is coming, His will is being done on earth as it is in Heaven…

What is Happening: “The Once and Future King”

Turn to Acts 2:24. For many the throne of David was like the legend of the “sword in the stone”.  As Britain would be waiting for someone to pull the sword and validate the right to be king and unite the Kingdom, Israel was waiting for the rightful king to sit upon the Throne of David. This was a long wait for them.  Ever since David, the line of kings lessened in strength, love and passion for God.  David was a shepherd, warrior, musician, and king.  David knew what it was to be an outlaw living in the forest as well as royalty living in a palace.  David was a man after God’s own heart.  David embodied the best of what Israel was with God.

Let’s go back in time a bit -> 2 Samuel 7:8-17.  This is what is referred to as the Davidic Covenant.  In the Bible there are 7 (sometimes more or less depending on how people group them).  They are as follows:

Just like us today, promises made to us or by us are a weighty matter- they should mean something.  But better than us who struggle to keep our promises, a promise from God was anchored in His unchanging character.  Israel knew to hold on to promises God made even if it seems like an exceptionally long wait. (2 Peter 3:9)

God promised David an ancestral line that would occupy his throne uniting the Kingdom of God’s people.  This was an eternal promise for an eternal reign.

However, as time goes on long after David died his son Solomon failed to follow God and his influence upon his son Jeroboam resulted in foolishness that led to the Kingdom dividing.  As the North would have the larger portion (10 tribes) the Southern would have 2.  David’s house, Judah, would be among the 2 tribes forming the Southern Kingdom.

Have we gone too far?  Have we finally pushed God’s love away forever?

Did the actions of the people change this promise (covenant) between them and God?  No.  Because this promise was anchored in Him not them.

God heard the despair in their hearts and sends them this word through the prophet Jeremiah in Jeremiah 33:14-26.

God reminds His people of this and shows how God honoring the promise to David will reverse the effects of sin and bring a restoration to all in Ezekiel 37:15-28.

A promised King who will unite two Kingdoms.

One Kingdom.  One Throne.  One King.

This is why David means so much to the people hearing the Apostle Peter’s words.  And therefore David should mean something to us today.

David’s Witness: “The last will be first”

Continuing in Acts 2:25-28, we find Peter quoting Psalm 16.  Let’s turn and read Psalm 16 to here these prophetic words of David.  How did David view the Promise God made to him?

Ever notice that the prophetic moments between David and God happened in times of worship?

Felling Disconnected?  Get your praise on!

David was last of his brothers; became greater than the first.

Jesus was last of the kings of Judah; became greater than the first.

Acts 2:29-36. The time has come to tie this inaugural sermon together- all of Scripture leads to Jesus, the rightful hear of that eternal Throne which will unite all things through the restoration power of His reign.

Jesus must remain at God’s right hand until the time comes to restore all things (Acts 3:21).  In the meantime, He has poured out His Spirit upon us to proclaim in both word and demonstration that Jesus is Lord and His Kingdom is both Coming and Present!

To be a part of this is the invitation of the Gospel.  To bow and accept Jesus as our King- Lord and Savior.  To turn from life outside of Him to life surrendered to Him.

The uniting effort through restoration is a work continuing on into today through you and me!

Application Time.  “We are a Knights of a Greater Kingdom”

What does this mean for us today?

Jesus still awaits the appointed time from the Father to return and in a sweeping motion remove sin and restore all things under His Eternal Throne.

Until then, we declare the invitation to be a part of this Kingdom and our King’s labor today!

To learn more of what this means / looks like, check out Colossians 2:6-15.

Let us hold on to the promises that are ours from God through Jesus; let us not dwell on the past things of this world but on the things of the Kingdom we are forever a part of.

Allow the Spirit of Jesus to lead us on adventures, quests, and noble crusades (not the violent, killing kind! Lol) for His Kingdom- male and female- knights for His Glory!

May our lives live out the courageous liberty Jesus brings in restoring this broken world to Himself forever!

I saw the Lord always before me.  Because he is at my right hand, I will not be shaken.

Closing the Space Between Us (Part 3)

Closing the Space Between Us (Part 2)

Closing the Space Between Us (Part 1)