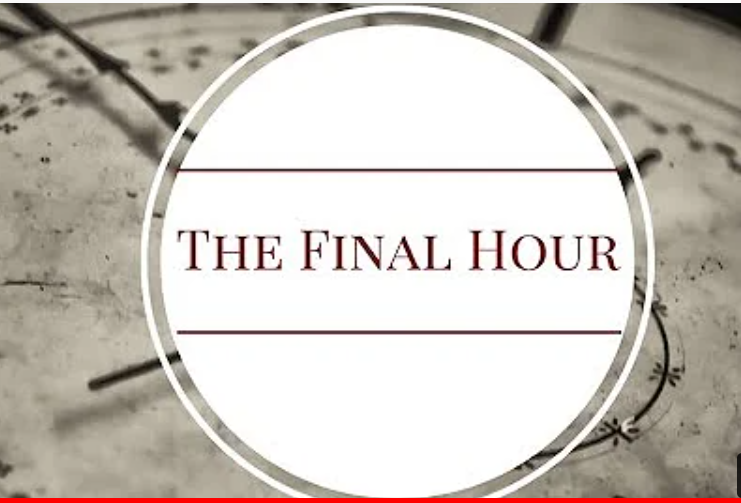 Sermon Title: “Olivet-Rejection, Weeping, and Waiting”
Sermon Series: The Final Hour
Text: Supporting Texts
Speaker: Pastor Damian Mericka
I. Introduction: Déjà vu- Jesus Was Not the First
to Weep on Olivet
As we draw closer to Jesus along with His Disciples
upon the Mountain Called Olivet (meaning mount or place
of offence), the Spirit pressed on me the sense of déjà vu.
We have been here before. This whole event is one that has
been experienced before. Let’s pull back and take a larger
look at everything going on in this final week of Jesus’ life
where He unfolds this apocalyptic narrative.
Matthew, one of Jesus’ Disciples picked up on this
conversation earlier that week. -Matthew 22:41-46
In this question directed toward the religious leaders
of the Temple, Jesus surfaces that their understanding of the
Messiah was only that of a man. Certainly, no ordinary man,
but a man none-the-less who would lead them in a
deliverance from Roman rule such as Joshua or any of the
Judges. Even Greater, like their King of Legend, David
himself with God’s anointing!
Jesus brought this understanding to surface for His
Disciples to see and understand, their expectation of the
Messiah needs to be much bigger. Bigger than a man. A
God who became man. Deliverance from the true enemyan
enemy greater than the Canaanites, Babylonians,
Assyrians, or Rome. That of sin.
Israel wanted peace that comes through deliverance.
The manner of Peace Jesus is offering is coming through a
Messiah that is building the population of the Kingdom
before it fully comes. For then, sin itself will be removed.
-John 14:27 / -Luke 19:11
There will never be the peace this world is crying out
for outside of Peace with God. What happens on the Mount
of Olives is an offense in every sense of the word to this
world- it breaks the expectation of Israel’s religious leaders,
and is an annoyance to Gentile Nations- past, present, and
future.
Those who bring this message to the world face three
common factors- Rejection, Weeping, and Waiting.
II. A King’s Rejection, Weeping, and Waiting
A. Rejection
a. 2 Samuel 15:1-6; 13-18; 19-22
B. Weeping
a. 2 Samuel 15:23; 30
C. Waiting
a. 2 Samuel 15:24-29
III. A Messiah’s Rejection, Weeping, and Waiting
A. Rejection

More in The Final Hour

Grace Will Carry Us Through

Olivet-Who Do You Say Jesus Is